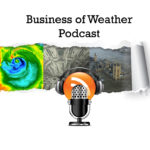 In the coming years climate change may play a significant role in matters of national and international security, and the threat of armed conflict and even war.

In Autumn 2016, during the last months of the Obama presidency, a White House memorandum titled “Climate Change and National Security” warned that the effects of climate change could increase refugee flows and exacerbate crises and conflicts in places already facing instability and fragility.

Examples of the impact of climate change on conflict are all around us. In Syria, years of drought forced people off the land and into the cities, placing great strain on an already unpopular regime.

In Darfur in South Sudan, climate change and the resulting desertification has damaged water supplies and aggravated access to dwindling natural resources.

But just how big an influence is climate change on conflict? A study published in Nature in June 2019 ( Note 1) estimated that climate has influenced between 3% and 20% of armed conflicts over the last century and that its influence is likely to grow. However, the consensus among the experts featured in the study was that economic, political and social issues are more important.

However, this could change as climate change accelerates.

Louise van Schaik is Head of Unit EU & Global Affairs at the respected Clingendael Institute of International affairs in the Netherlands and coordinates Clingendael research in the field of climate change and sustainable development. Louise also heads up the Planetary Security Initiative which was launched in 2015 by the Netherlands Ministry of Foreign Affairs to research new approaches to reducing climate-related risks to conflict and stability.